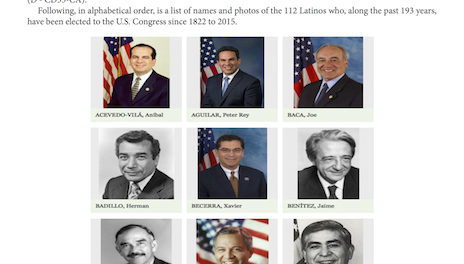 Latinos in the United States Congress

Printable Copy, including photos: Latinos in the United States Congress

There have been 112 Latinos serving as Senators, U.S. Representatives, Delegates, or Resident Commissioners in the history of the United States of America. Currently, there are 32 Latinos serving in both chambers of Congress. The first Latino elected to the U.S. Congress was Joseph Marion Hernández who became a delegate from Florida in 1822. The list of the most recent Latinos elected to the 114th U.S. Congress includes Mexican American Pete Aguilar (D – CD3-CA); Cuban American Carlos Curbelo (R – CD26-Fl); Mexican-Colombian-American Ruben Gallego (D – CD7-AZ); Cuban American Alex Mooney (R – CD2-WV), and Guatemalan American Norma Torres (D – CD35-CA).

Following, in alphabetical order, is a list of names and photos of the 112 Latinos who, along the past 193 years, have been elected to the U.S. Congress since 1822 to 2015.  (Click on image for a complete printable copy). 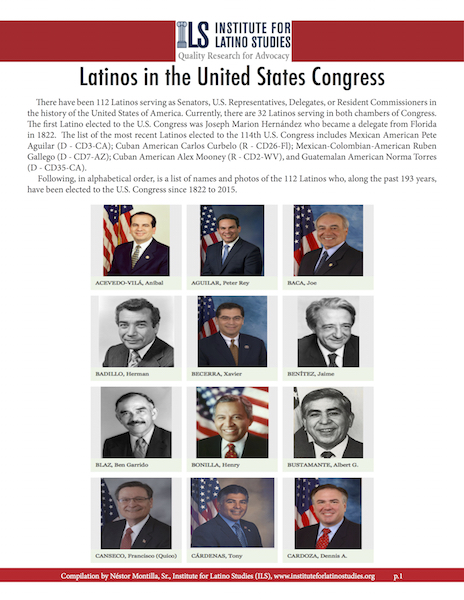