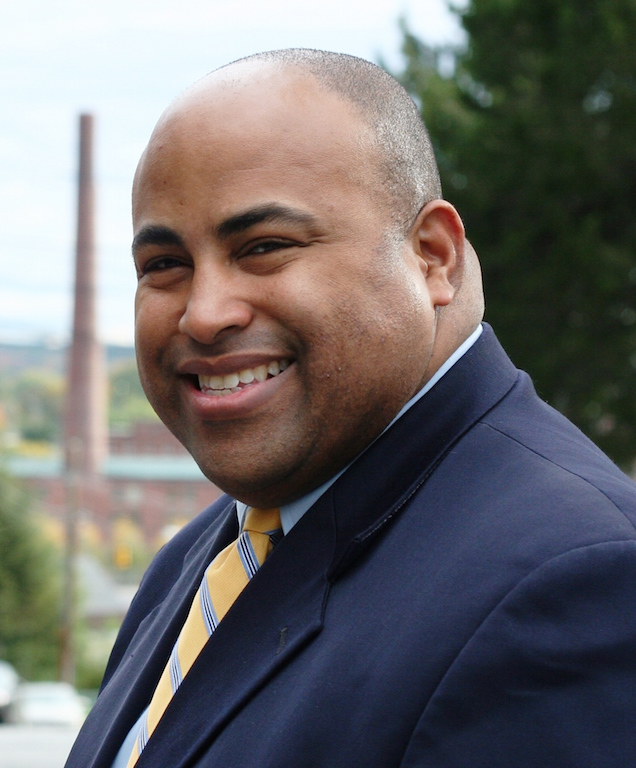 Dan Rivera, Mayor of the City of Lawrence, MA.

The theme of the Conference this year is Our Legacy in USA /Nuestro Legado en USA.

.
“Mayor Rivera is a very good example of a new cadre of emerging leaders who are not only making their mark, but also building our legacy, while engrossing the pages of our history in the United States,” said Dr. Maria Teresa Montilla, President of The Institute for Latino Studies.

.
Mayor Rivera will travel from Lawrence, MA to Newark, NJ to speak at the youth forum at 10am and also at the plenary session at noon.

The Conference on Dominican Affairs is a signature event of the Institute for Latino Studies (ILS). This year, ILS has partnered with UNIVISION, PSE&G, the Dominican American National Roundtable, Babylion Production, LLC, the Common Roots Project, the Latino Leadership Alliance (LLANJ), the National Dominican American Council and other organizations to discuss our legacy in USA. Over three hundred participants from the Tri-State Area and beyond are expected to attend.

.
To attend the Conference, RSVP is required. RSVP here or via: www.instituteforlatinostudies.org

.
Dan, 42, is the son of a single mother who emigrated from the Dominican Republic to find a better life for her family by working in area mills. He is of Dominican/Puerto Rican descent.

.
After high school Dan served the United States as a Military Police officer in Germany where he was deployed to Iraq and Kuwait during Operations Desert Storm and Desert Shield. When he returned home, Dan worked his way through college on the GI Bill at University of Massachusetts, Amherst where he received his Bachelor’s Degree. While at UMass Amherst, Dan was a dorm resident assistant and was elected by his fellow students to represent them on the Board of Trustees for the University of Massachusetts system.

.
Dan has worked many jobs in his life, but one of his proudest accomplishments was becoming manager of the public housing project he grew up in. During his time as a project manager, Dan went to school nights and weekends to earn his Master’s degree in Business Administration from Suffolk University.

He later worked as Economic Development Director for Congressman Marty Meehan before joining the private sector for a career in marketing.

.
Previously, he served as an At Large City Councilor in the City of Lawrence, MA. He was elected Vice President of the Council during his second term and chaired the Budget and Finance Committee for three years. Dan led the Council in finding close to $500,000 to fund police positions during the worst of the City’s financial crisis, and initiated a successful campaign to cut the City Council’s pay as a sign of fairness and shared sacrifice during tough budget times. Dan has worked to make the City services more responsive, more transparent, and financially healthy.

Dan is a member of the Board of Trustees for Northern Essex Community College where he has played a supporting role in the expansion of the college’s Lawrence campus. 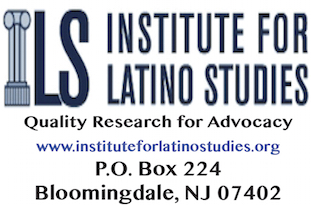 The Institute for Latino Studies (ILS), dedicated to quality research and advocacy for a better society, is a non-profit entity recognized by the federal government as a 501 (c) (3) organization. ILS believes that a solid understanding of cultural self-identity and people’s socio-economic realities is very important within a multi-cultural society focused on healthy and productive development of its communities. www.instituteforlatinostudies.org

The Conference on Dominican Affairs (CODA) is made possible thanks to the generous support of UNIVISION and PSE&G, and the collaboration of The Dominican American National Roundtable, Leadership Alliance of New Jew Jersey, and the National Dominican American Council. CODA is a signature project of the Institute for Latino Studies Research and Development (ILS). www.instituteforlatinostudies. thelatinoinstitute@gmail.com

The Dominican American National Roundtable (DANR) is the only national nonprofit, nonpartisan organization based in Washington, DC, advocating for the socio-economic and civic development of Dominicans in the United States. DANR is presided over by a National Board of Directors led by an executive committee composed of a president, a vice president, a youth president, a chairman, a treasurer, and a vice president representing Puerto Rico and the U.S. Virgin Islands. www.danr.org

The National Dominican American Council (NDAC) is a civic-community-engagement and public relations entity composed of local member councils in the United States and territories, including Puerto Rico and the Virgin Islands, with the role of setting the national agenda and working jointly with the Dominican American National Roundtable (DANR) and progressive entities advocating for the socio-economic and political enfranchisement of all Latinos and Dominican-Americans in areas concerning education, economic development, health, immigration and community empowerment. www.ndac-us.org

The Latino Leadership Alliance of New Jersey is the largest and only statewide non-partisan non-profit organization composed of local, regional and state community-based organizations, leaders and professionals advocating for the socio-economic and political development of Latino diverse communities.