The Institute for Latino Studies (ILS) at Berkeley College, totally dedicated to quality research for better advocacy, presented the third Illustrious Awards installment on Friday, September 14, 2018 at the Graduate Center of The City University of New York. 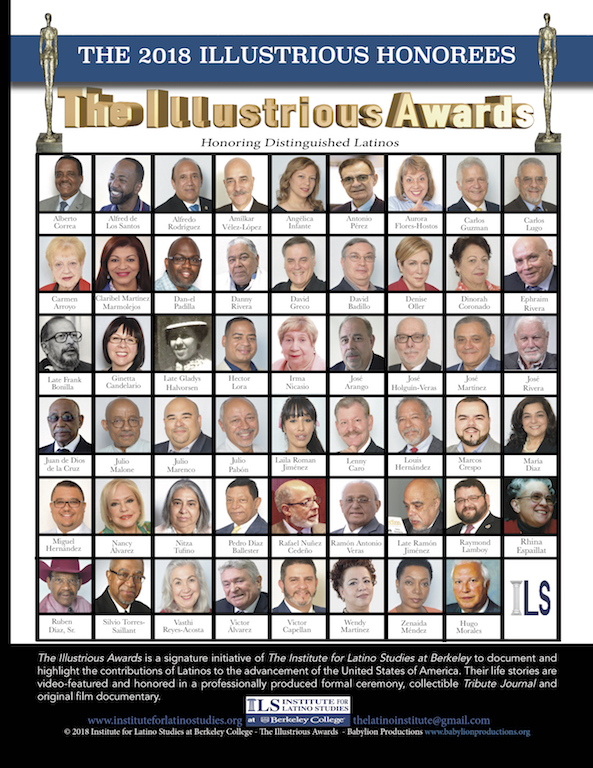 Dr. Montilla added: “The award ceremony is a component of ILS’ Illustrious Latinos Research Project  aimed at documenting valuable examples of where we Latinos, as a people, have come from and how we have contributed to community and national life. The project’s also includes a commemorativeTribute Journal and an original film-documentary to showcase the stories of men and women who have advanced our collective struggle for dignity and equality, enriched the quality of our lives with their knowledge and entrepreneurship, and expressed our shared humanity through words, music, art, craft and calling.

Both, the Illustrious Tribute Journal and the documentary are more than a collection of photos, film footage and stories. Both offer a collective narrative of the multiple ways we have succeeded by contributing to our communities, to the nation, to mankind. The journeys of the famous, and the not-so-famous individuals featured matter even more to us than their names or faces. They inspire all of us to pursue excellence, not for fame or recognition, but moved by our desire, as Latinos and as Americans, to leave this world a better place than we found it. ILS invites you to share the engrossing stories filling the pages of this journal as an impressive sample of the many contributions Latinos have made to the United States of America and the world.” 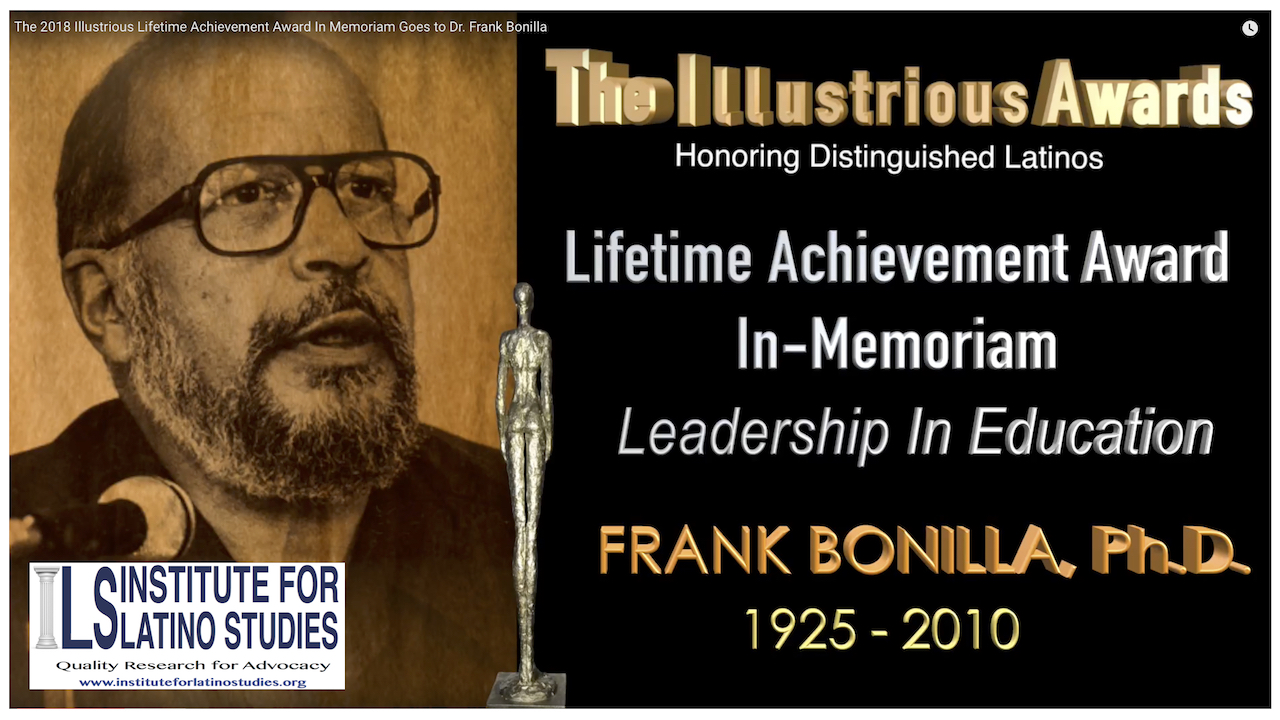 Dr. Bonilla was the founder and former director of the Center for Puerto Rican Studies at Hunter College. He was honored with an In-Memoriam Lifetime Achievement Award in higher education leadership for being one of the greatest pioneering educators and visionaries of our time. The award was picked up by representatives from El Centro Para Estudios Puertorriquenos. 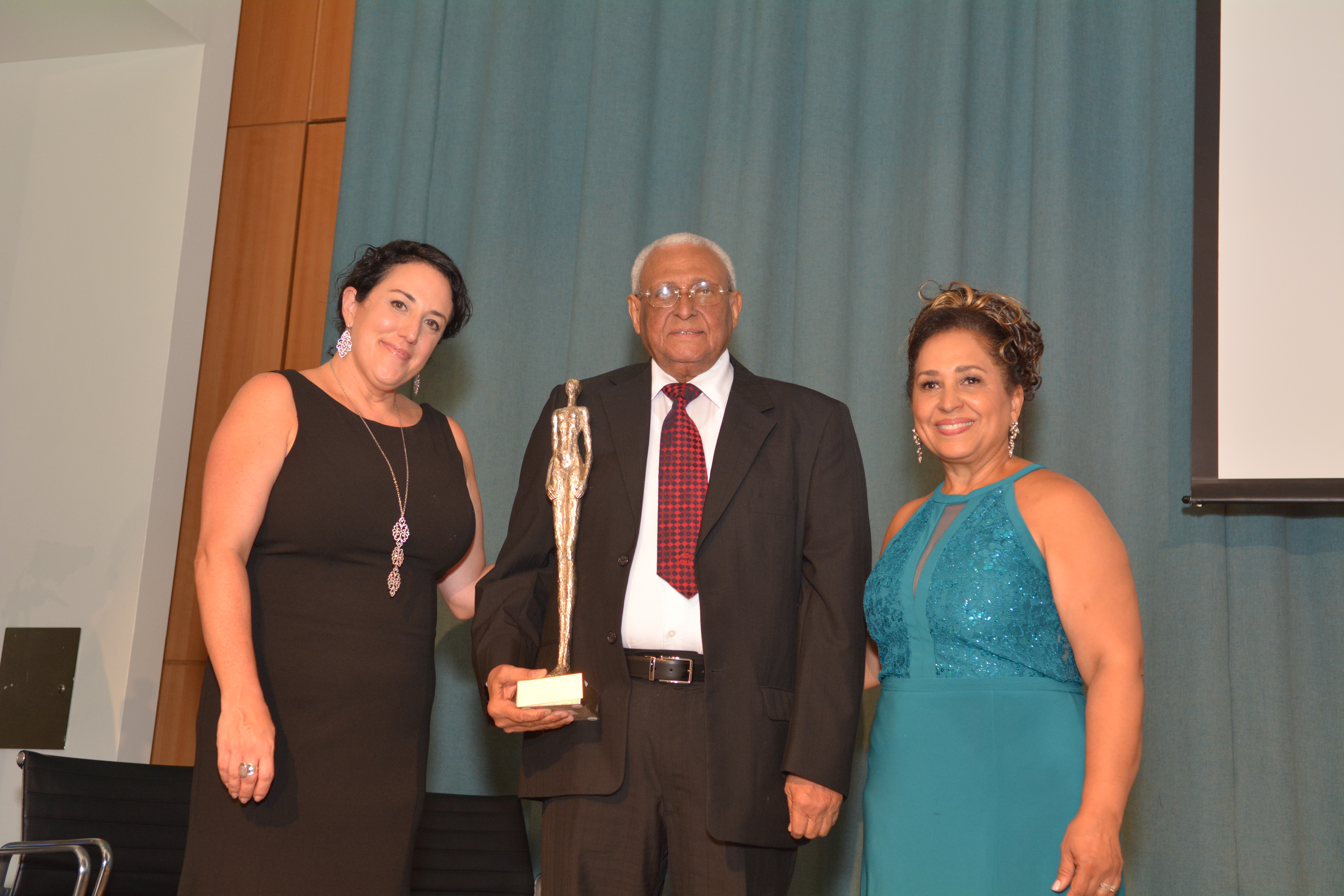 He received a Lifetime Achievement Awards in Social Justice for becoming a historical referen. A prolific writer, Dr. Veras has published nine books, and has thirty-eight unedited. His collection of more than 2,000 articles, written between 1969 and 2007,  can be found at the DR National Archives.

Dr, Veras has the historical distinction of being a surviving leader of the Panfleteros de Santiago, a group of youngsters who were made martyrs after being jailed, tortured, assassinated, cut in pieces and disappeared in 1960, following an act of resistance against the dictatorship of Rafael Leonidas Trujillo.

For his professional achievements and social legacy;

For a lifetime of exemplary life;

• For his relentless humanitarian efforts for the socio-economic and political empowerment of Dominicans, in particular, and peoples of the world;

• For his rich intellectual contribution to our collective social conscience in his writings, books, and lectures;

• For being a man of character and conviction who has earned the respect and admiration of contemporaneous society;

• For the historical role life has led him to play in society;

• For becoming a humanist leader of social conscience who serves as a historical and contemporary marker of what’s right and wrong; 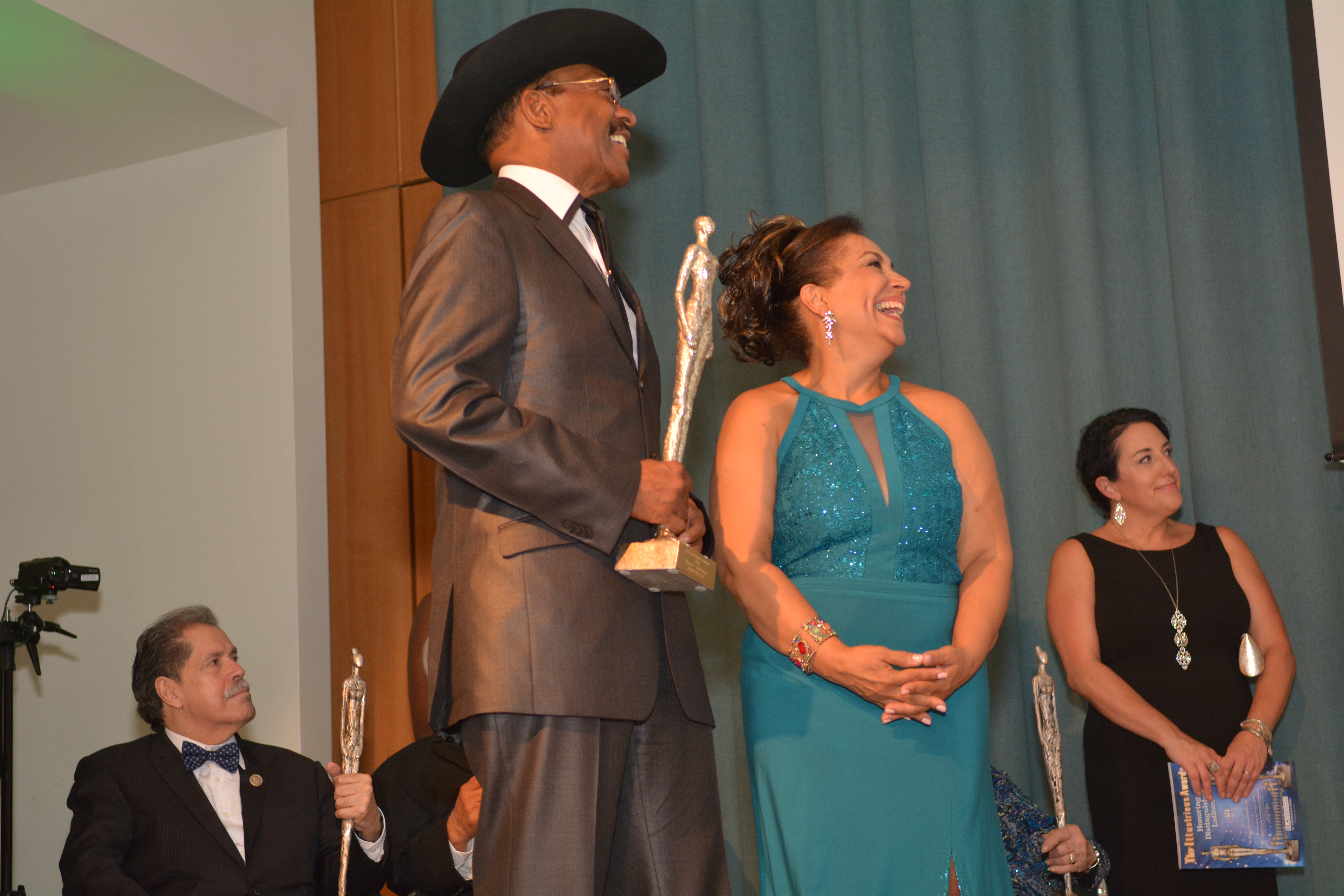 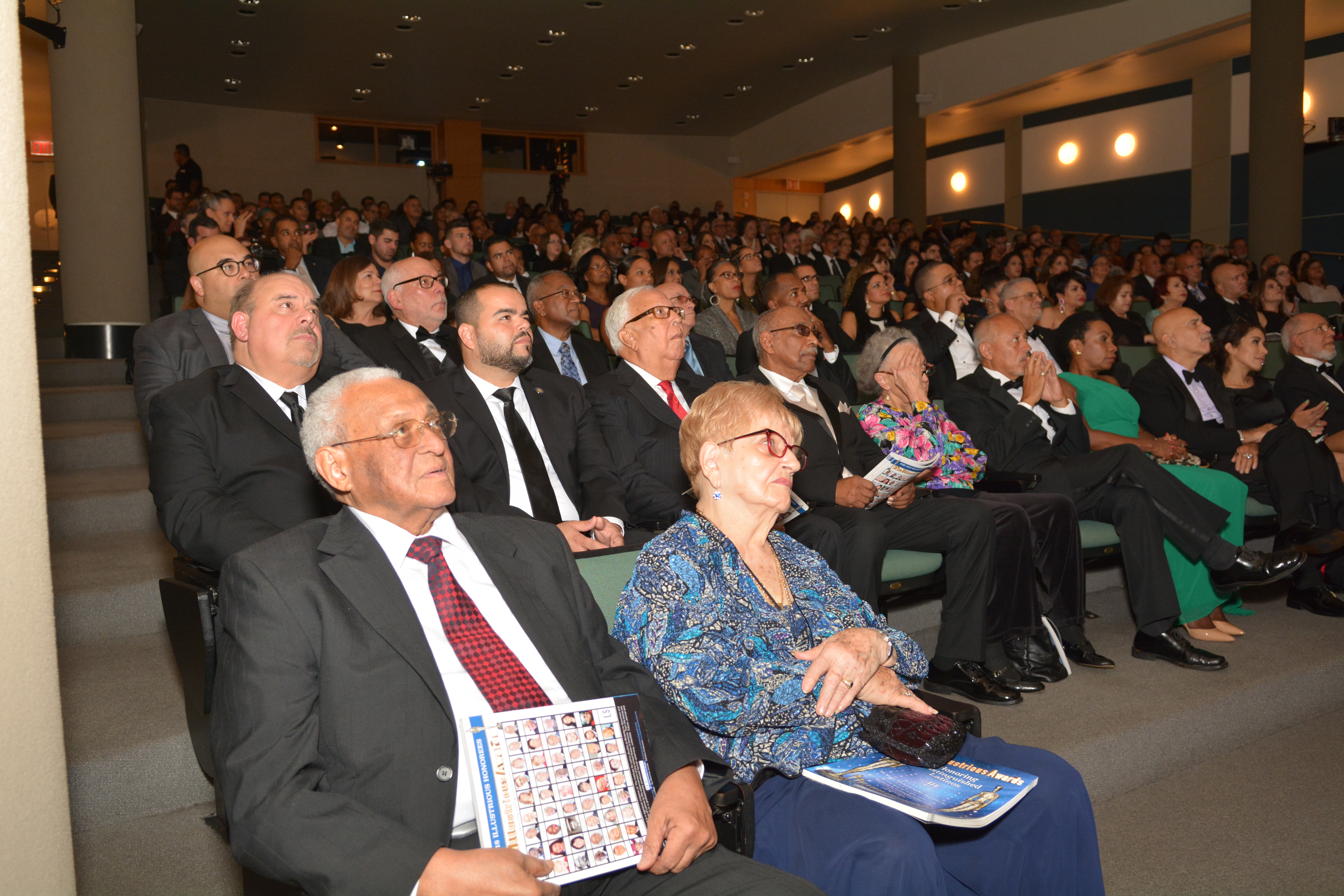 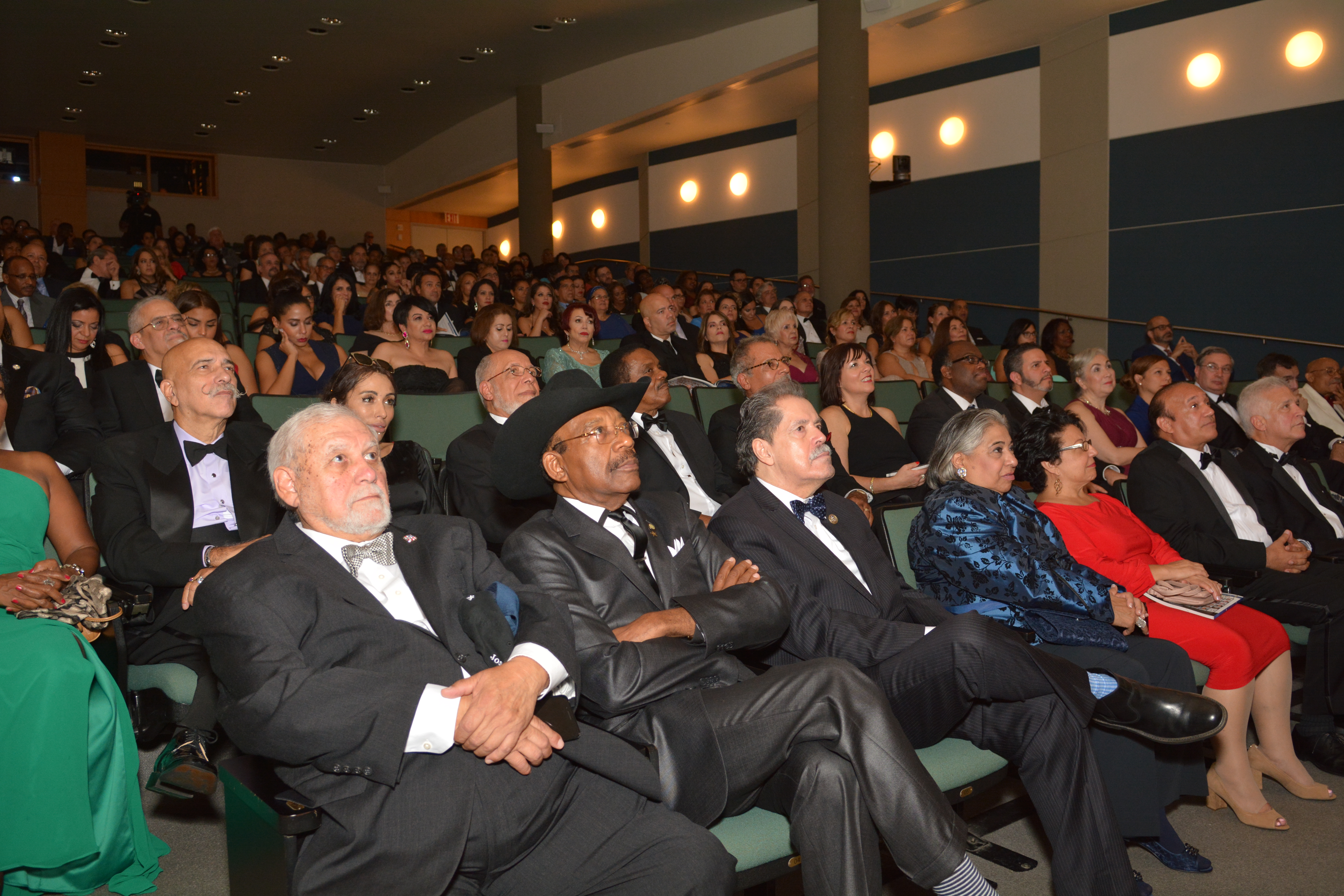 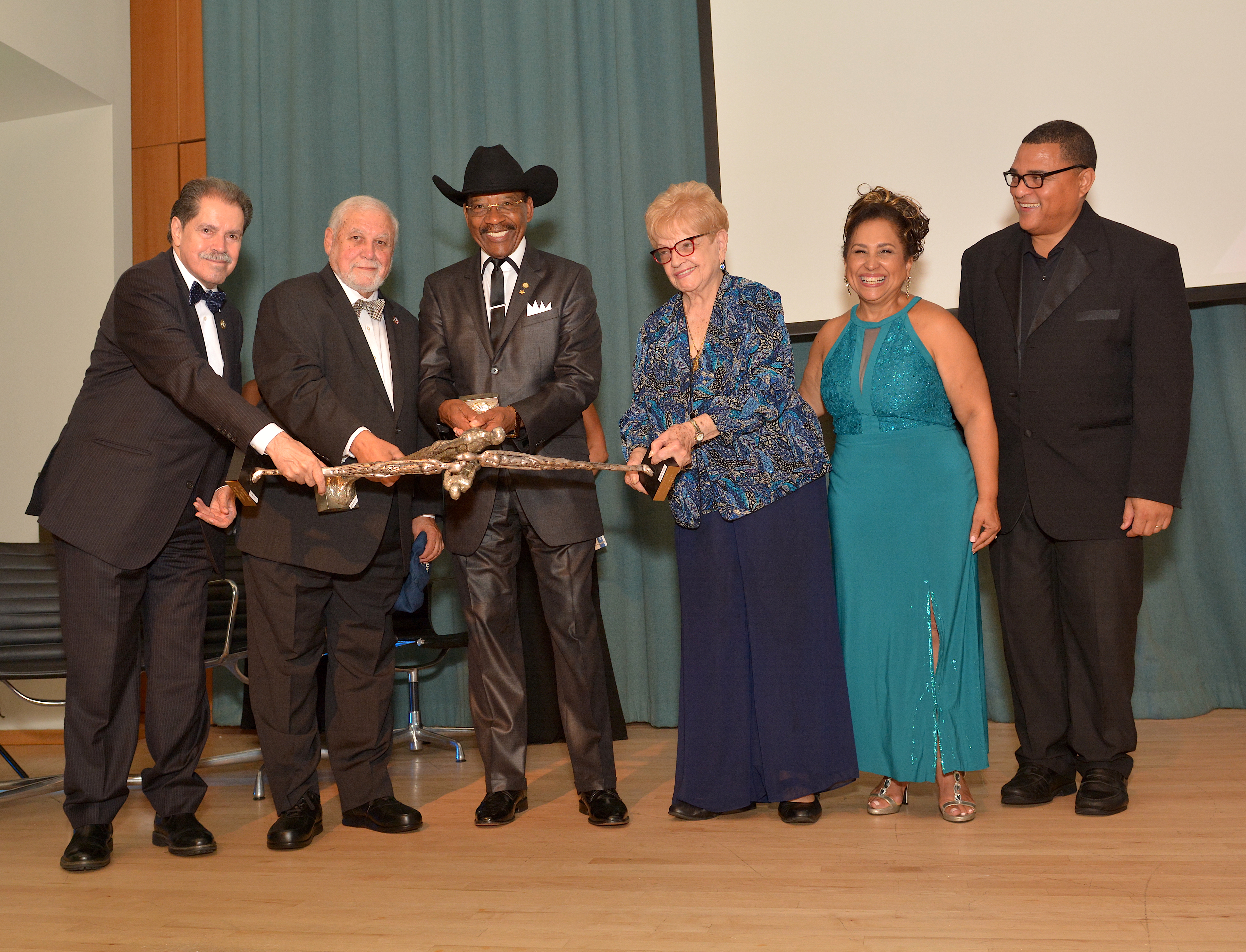 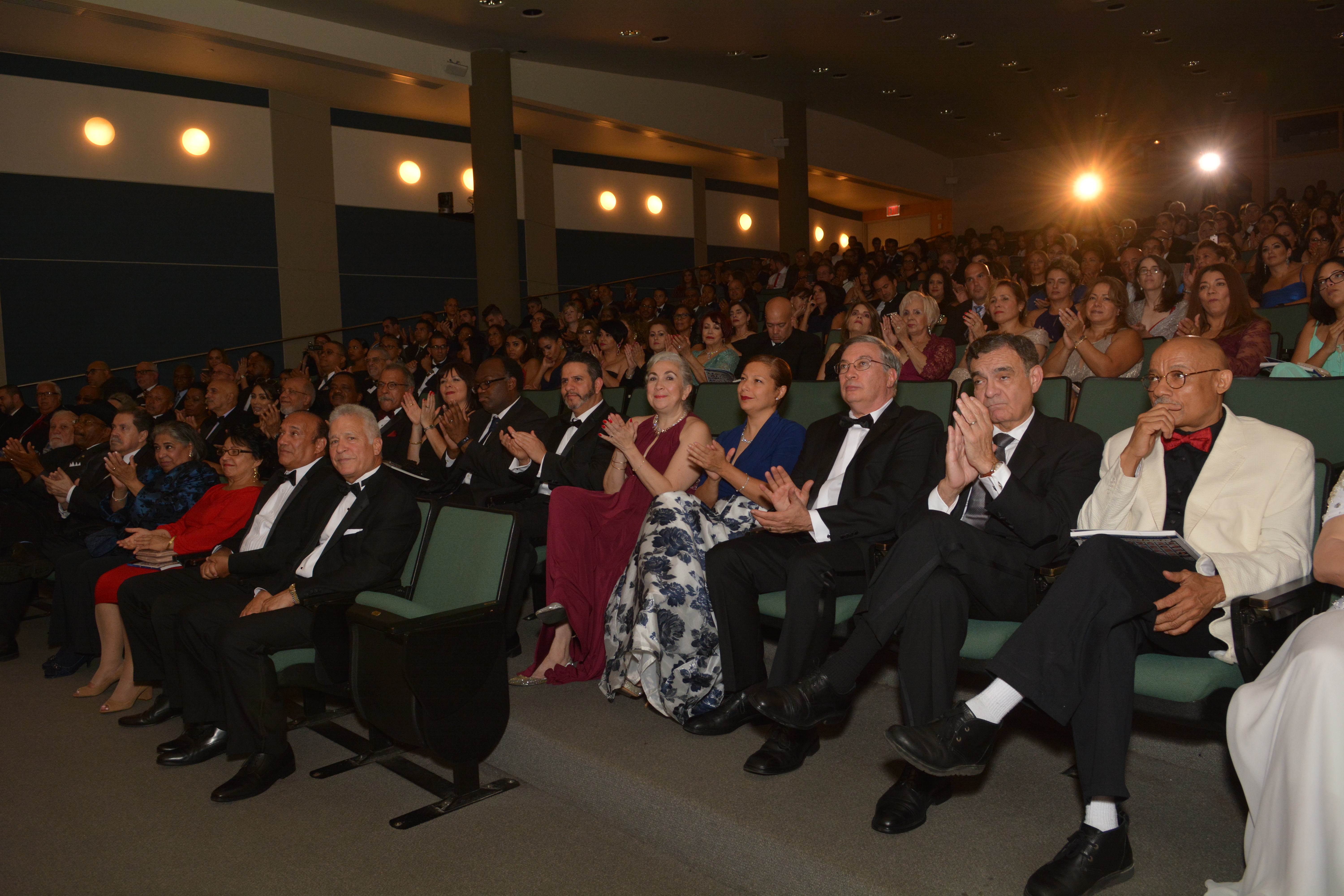 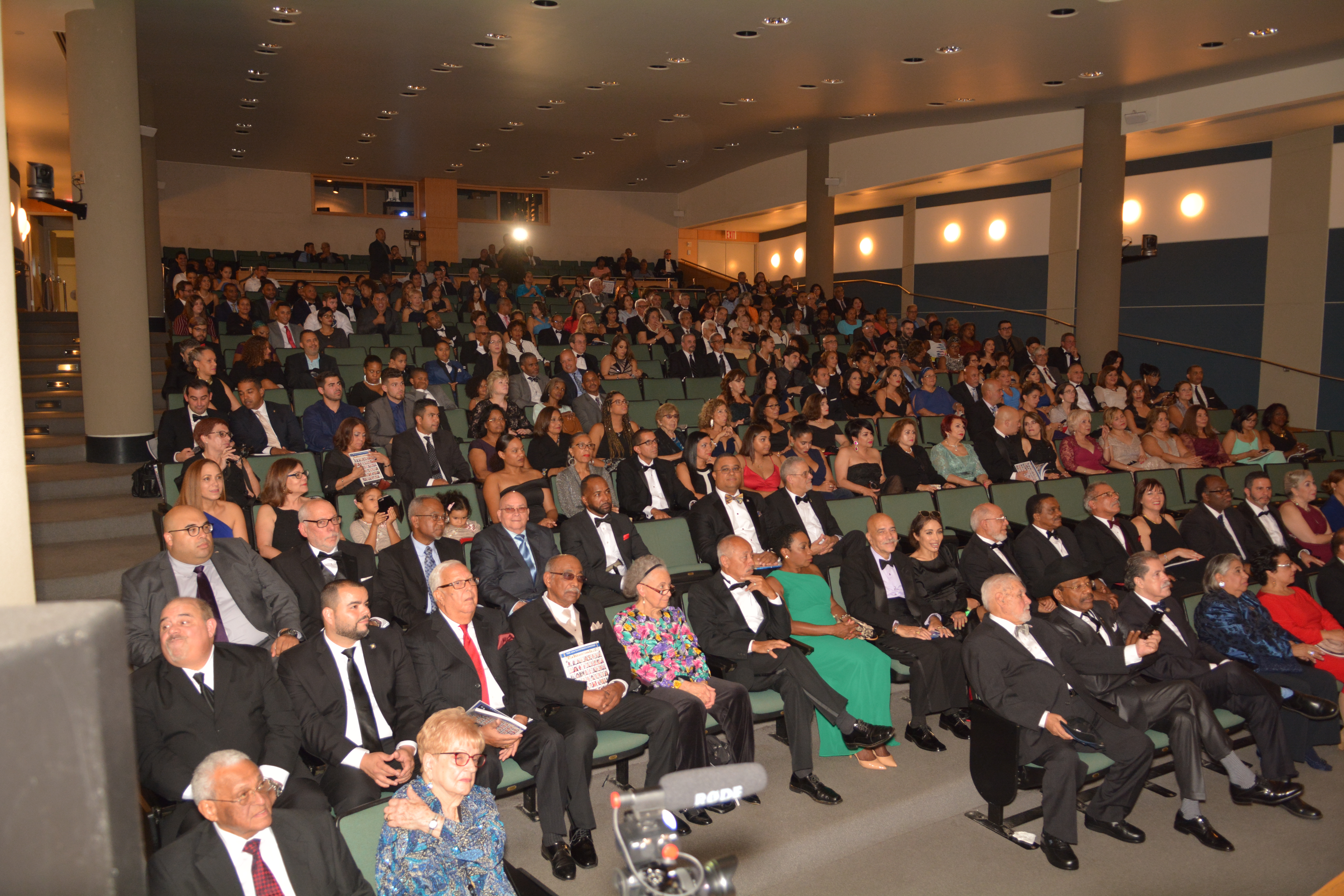 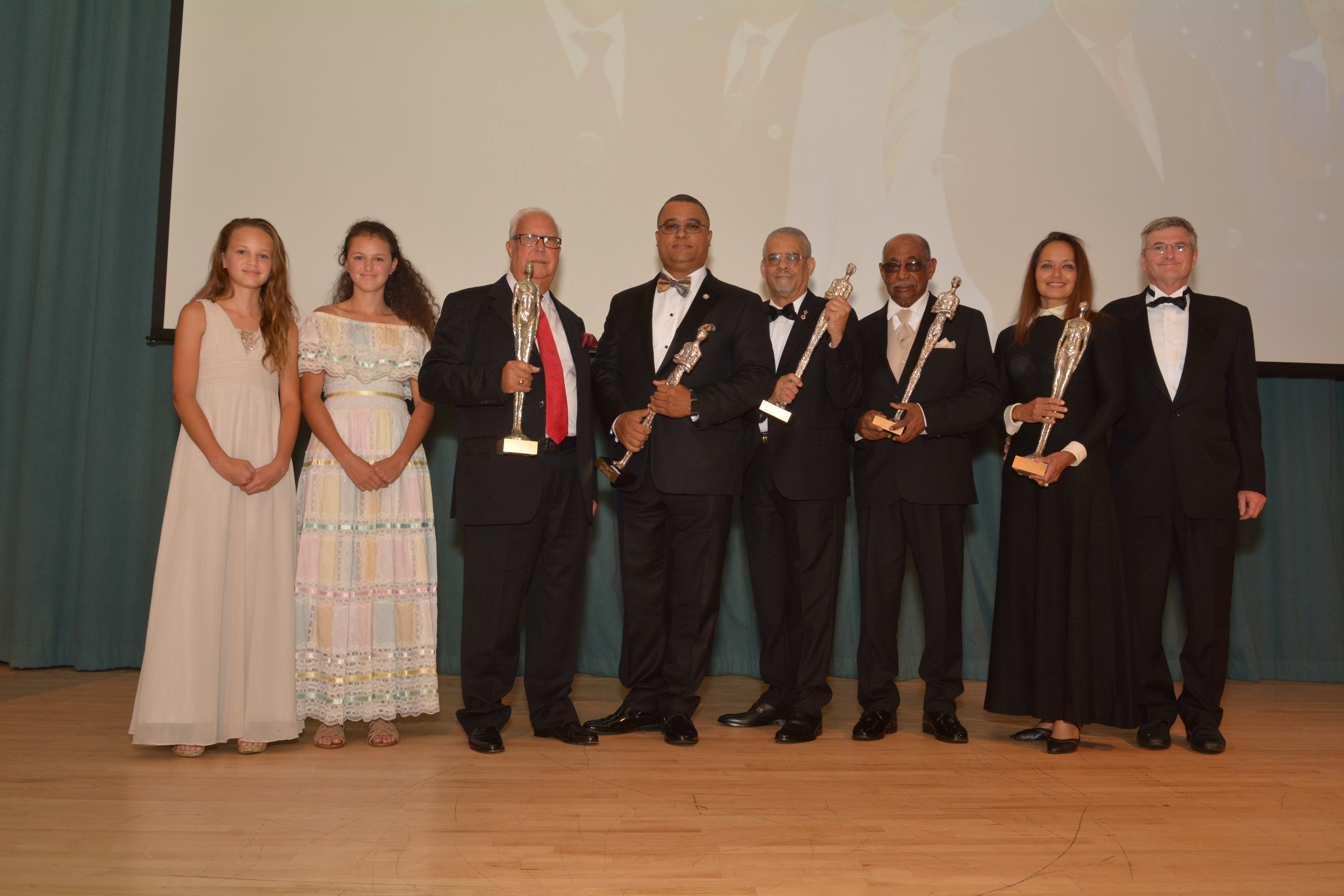 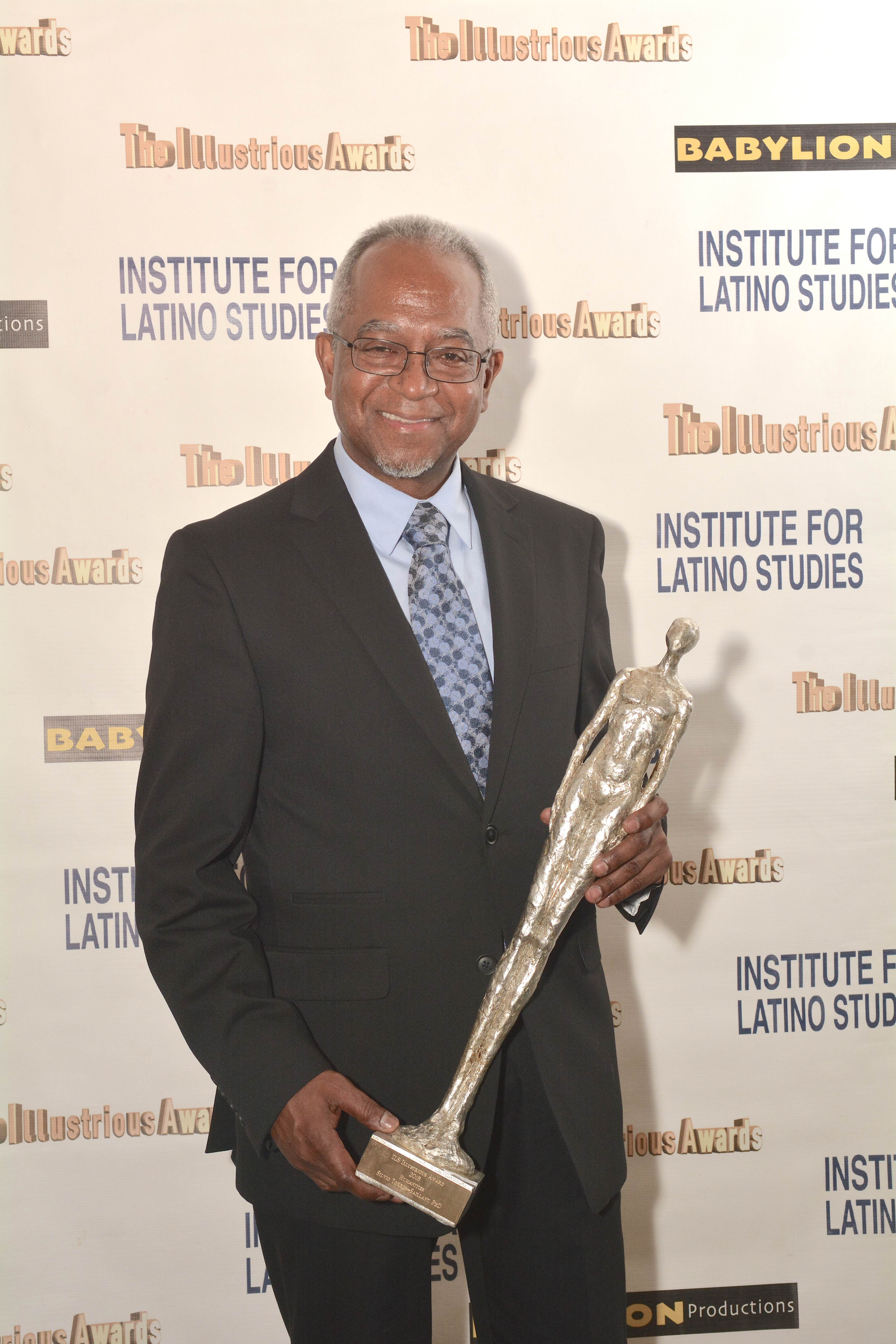 “On behalf of ILS, I encourage you, your family, friends, students and conscientious people to preserve this commemorative-collectible-research journal as a rare unprecedented-must-have research treasure highlighting unsung latino heroes whose stories, successful professions and contributions have indeed made the United States great and, more importantly, a better place to raise a family, build prosperity, live in peace, practice religion, and pursue happiness along many years to come,” stressed Dr. Néstor Montilla, Sr.

“I would also like to take this opportunity to sincerely acknowledge the Institute for Latino Studies (ILS) at Berkeley College for its vision and leadership in conducting research to produce new knowledge about Latinos’ immigration experience and their substantial contributions to their native Latin American countries and to the enrichment and development of the United States of America,” said Dr. Hugo M. Morales. “Please join me in extending our respect to the Board of Directors of the Institute for Latino Studies, and particularly to Dr. María Teresa and Dr. Néstor Montilla, Sr. for their effective leadership and commitment to document how Latinos are transforming the United States of America into a more inclusive, diverse and prosperous country.”

“It is my pleasure to recognize the Illustrious Awards 2018, an event that allows us to reflect and be proud of all that your organization and its members have accomplished through the years,” said Ruben Diaz, Jr.

This wonderful event offers us a chance to recognize your organization’s efforts and commitment to create and sustain a supportive community for the Hispanic community throughout The Bronx, New York City and across the region. Over the years, your organization has actively promoted and advanced the achievements of your community while providing support for the next generation of Hispanic leaders that will help The Bronx continue its prosperity and upward trend.

This year, ILS partnered with the Center for Latin American, Caribbean & Latino Studies (CLACLS), Center for Puerto Rican Studies, Berkeley College, Hostos Community College and BabyLionProductions.org to make this installment of the Illustrious Awards a memorable and rewarding milestone in the history of Latinos in the United States.